In reading the title of this post, you might think “hmm…I think she meant ‘not get caught’.” And to you I would say: NO! This post is all about the things you might do on accident (or on purpose if that’s how you roll) that will lead to your getting caught whilst creeper- stalking. And, before I start, please don’t take this the wrong way. I’m not a stalker. Because that’s creepy. I only sometimes do things that may be interpreted as creeper-stalking. No judging. (And don’t pretend you don’t do some of these things too!)

The other day/ a couple of weeks ago, me and my homies were eating at the cafeteria on campus when one of the girls saw someone who looked just like a kid from her hometown. So what did she do? Like any normal person would, she tried to sneak a picture of him on her Iphone to send to this person and show him their alikeness. Way to get caught #1: leave on the flash.

Now if any of you are like me and don’t own a smart phone, you may not know–as I didn’t know at the time–that the Iphone actually has a flash built into the camera. Definitely something you want to think about if you’re planning to take top-secret photos of someone without wanting to seem creepy (which you definitely do, by the way, if they catch you with the flash on). Yes, we got caught; it was very embarrassing. They actually came over to our table to “request” why we had just taken a picture of them…talk about an uncomfortable conversation. Luckily, however, the guy actually did look exactly like the kid from the girl’s hometown so at least they knew we weren’t lying…

Doesn’t make it any less awkward though, does it?

Way to get caught #2: blatant staring. I’m sorry, but if you look like this–

–you are going to get caught. Just saying. I’m one of those people who tends to stare at something hardcore when I start daydreaming in class, and sometimes that thing is another human being. And because karma’s a douche, it always works out that you can’t explain what you were doing because they’re sitting on the other side of the room.

Way #3: commenting or liking a picture on Facebook that you wouldn’t have seen unless you were creeper-stalking someone. I don’t think you can really creeper-stalk your friends in this way (I, personally, wouldn’t find it weird if one of my friends liked a photo from a couple of years ago) but if it’s someone you don’t know…um, yeah. I’m not sure if people do this not realizing that they’re going to get caught, but come on ladies and gents, it’s pretty obvious.

#4: Bringing up something in a conversation with a person that you overheard from their conversation with someone else. I’ll be honest, I’m a big eavesdropper. I don’t do anything with the information I hear, but other people have a 50% chance of entertaining me (the other 50% annoy me) and I think it’s worth the risk. However, it does have bad repercussions when the person says, “how do you know that?” and you can’t tell them that you overheard him/her tell Billy yesterday in class. That’s just a little weird. Oops.

and, finally, way #5: If you follow someone around, a.k.a. find out their class schedule in order to be there when class lets out, they are bound to find out that you’re creeper-stalking. This is true in high school as well as on a college campus: getting the same classes with someone–unless you’ve planned it that way with said person–is not easy to do.

I’m pretty sure the person’s going to be like: “hey, wasn’t that girl standing outside the door of my last four classes?” And ladies (and gents) this is actually creepy and I highly suggest you don’t do this. It does not come across as “caring enough to find out your class schedule” as some would like to believe. This is just the first step of being a real stalker.

So those are my 5 ways on how to get caught creeper-stalking people. Always remember the flash! Highly important.

See, this is why I would be a bad CIA agent. Take pictures of the terrorists? Sure thing!

One thought on “How to Creeper-Stalk and Get Caught” 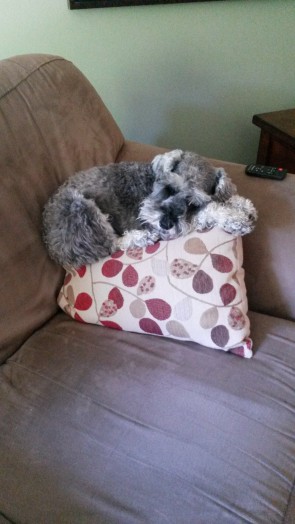