This is not a good time of the year to be an English major. Everyone decides to give their longest, hardest, boringest (sorry, I just felt I had to continue the pattern) papers now, because they…I don’t know…

What, Professor? Did you forget to give me all of these papers earlier in the semester? It not like I’ve learned anything new between then and now! No offense. (Offense intended). I could have easily done them then! But no, you just had to wait until now. And why? Let’s be honest. This last-minute squirming amuses you. 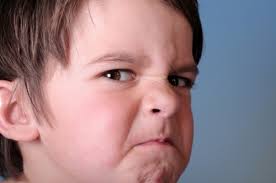 But anyway, to the point of this post (and I do apologize for always digressing. I greatly appreciate your patience my beautiful, average friends): questions about life. And I’m not talking “what is the meaning of life” kind of questions, because–I’ll be honest–I don’t really care to think too hard about that kind of stuff. It just makes my brain hurt after a while.

No, I’m talking about questions that are way more random and whose answers have evaded me all my life.

1) If everyone knows who the Secret Service are, then why are they still called “secret”?

Just hilarious…NOT! But then I’m always concerned that–

3) If oranges are called “oranges” then why aren’t lemons called “yellows”?

4) If scientists have been able to send a rocket into space, incinerate cities with the blast of a weapon, cure diseases, and make prosthetic limbs, then how come we still do not know how many licks it takes to get to the Tootsie Roll center of a Tootsie Pop??? (And do not say “the world may never know” because that’s just a cop-out!)

5) When Looney Toons cartoon characters fall through holes in the ground, where do they go?

6) Like question #5, in Mario Kart when you fall off cliffs and the little turtle on a flying cloud brings you back, wouldn’t there be some kind of explosion? Or am I supposed to assume that I was caught before I hit the ground? And, on top of that, where did he get such a strong fishing pole? Because that would be nifty to have.

7) If Humpty Dumpty was an egg, then we can presume he knew that he was fragile, right? So what the *bleep* was he doing up on a wall?

8) If humans are able to figure our what hieroglyphs mean (basically a bunch of complicated pictures on a wall that somehow translate into speech), then how come we still can’t speak dog? Woof.

9) What does a Wonka Pixie Stick have anything to do with pixies? Because, let me tell you folks, they do not make you fly! Maybe a little bit sugar high…especially after eating an entire bag full…oops, but there is no flying. Unless you’re on an airplane while you are eating said pixie stick, but that’s just cheating.

10)  If a brunette bleached her hair blonde, a blonde dyed her hair auburn, and a red-head went dark brown, do the jokes still apply? And if they do, are we then to assume that the brunette is, in fact, the dumb one? What if all of the blondes in the blonde-jokes were in fact bottle blondes and they’ve really been brunettes the whole time?!?

That would explain some things.