Children of the Corn

“We’re not dimension hopping again, are we?” I hear Mary ask in the darkness, her voice thin. I don’t know what she’s talking about, so I don’t respond. Around us the darkness continues to grow thicker, soupy, until I’m not sure if it’s a lack of light or a black substance that has appeared around us.

A soft snickering comes from somewhere off to my right, and I lunge sideways away from it.

“That was you, right, Rose?” Mary asks and I shake my head, remembering too late that she cannot see me.

“You didn’t think that was it, did you?” the soft voice comes again, sending fingers of cold up my spine. If I could still get goose bumps, I would certainly have them now.

“Who are you?” I ask hesitantly at the same time Mary says, “You’ve got to be bloody kidding me.”

“Seriously?” the little voice is suddenly annoyed. “We spoke less than an hour ago, you can’t tell who I am by now?”

“And hour ago we were in the middle of a corn field,” I tell the voice. “And before that it was hours since we spoke with the old man in the small house. Are you claiming to be him?”

The voice sighs. “I guess I should have made myself more clear. We spoke an hour ago in real-world time. Who knows how much time has passed here. Still, my voice is rather distinct, some tell me I sound like a cross between Hugh Jackman and the singer—oh, what was his name—Elvis Parsley.”

Mary clears her throat. “It’s Elvis Presley, and you sound nothing like him.”

The voice scoffs. “You are allotted your own opinion.”

“Oh, do you?” I can hear the tension in Mary’s throat growing stronger until her voice is nearly a squeak. “Well, I disagree with your disagreement.”

“Oh, shut up, you nitwits,” I snap and for a moment there’s silence as above us something begins to flicker and suddenly the room is filled with dim lighting and I blink hard as I try to focus on Mary’s face.

“What the—” Mary cuts off, her eyes wide as she looks around us. “Um, is it just me, or are we in a fifties movie all of the sudden?”

“A what?” I ask, blinking rapidly. “Mary, there’s something wrong with my eyes.”

“If by wrong you mean that the entire world is suddenly grayscale, then join the club?”

I lift an eyebrow. “Gray what?”

I nod, a movement to my side catching my gaze, and I turn to see the pixie from before sitting idly on the bench next to me. His eyes—blue and round like sapphires—are wide as he stares down at his hand in amazement, and I notice that he’s now the size of a small child. Suddenly he swings his eyes toward me and I flinch under the intense color, the only thing in this place that is not a dull gray.

“Oh, it’s you. I thought I was sitting next to the ugly one over there.” He points toward Mary.

“Ugly!” She lunges across the table and swipes a fist at his head, but he ducks out of the way, standing up and backing away from the table.

The rest of the patrons in the diner don’t pay any attention to the small man that waddles between their tables toward the set of glass doors. In fact, they don’t seem at all surprised that their world is no longer in color, or that we’re leaving without paying for our food. (Well, Mary is, at least). The red-haired waitress smiles and waves as the exit bell above the door dings and we walk outside where the grayness has swept over the cornfields.

“Where are we? What is going on?” Mary asks, her eyes bulging as she brushes a hand over her extremely pale gray skin.

The pixie man shrugs, the shoulder of his white gown lifting slightly and exposing a piece of twittering wing on his back. “I was going to ask you the same thing. The King does not like to change things, he much prefers things to change themselves.”

“What does that mean?” I demand. He ignores me, taking off down the road.

“Where are we going?” Mary asks. He ignores that, too.

Clouds sprint across the sky at a pace that reminds me of the storms that used to come suddenly from the edge of the ocean. One moment the skies would be bright and sunny and the next a dangerous black mist would be hovering over us, funnels dropping from the thick clouds, and the waves rising until I was sure they would capsize the Jolly Reaper. Papa always said that a man’s worth was not in the miles he sailed, but in the storms he weathered. Well, that, and how much gold he had.

“He’s not going to be happy that we’re running late. I should have warned you about the circles. I just knew I was forgetting something.”

“W-wait,” Mary stutters, gripping the edges of her skirt as she trots alongside the fast moving man-fairy. “You know about the aliens?”

“Americans are so peculiar,” I muse. “Everyone knows about the aliens. See, Mary? You never had to leave in the first place.”

“I didn’t leave because of the aliens, I left because I kill—I mean—I accidently had a detrimental run-in with a man of political importance.”

The pixie stifles a laugh behind a small hand and Mary glares down at him as I glide along behind them. “Is that what Miss Ugly has told you? That this is America?”

“Why do you keep calling me ugly?” Mary interrupts, gesturing angrily toward me. “She’s the one in rags.” She smiles slightly, tilting her head toward me. “No offense.”

“Still offensive,” I mutter and the pixie chuckles again. Actually, it’s more of a gurgle, the strange noise building up in the back of his throat until he is wracked with laughter.

“Oh, Dearies, you are not going to be happy when you find out.”

“Find out what?” I ask, crossing my arms over my ripped bodice.

“Have you not figured it out yet? This is not America. Do you have crop circles in America?”

Mary frowns, a line forming across her forehead. “No, not exactly.”

“Have you not put two and two together yet, Ugly? Where do you think you’re standing right now? On a road going where?”

She throws up her hands. “I don’t know, toward another town maybe? There were buildings over—” She gestures forward but there are no buildings. In fact, there isn’t anything: no cornfields, no diner, no people shuffling lifelessly around. It’s all one massive expanse of gray with the exception of one building standing elegantly on the horizon, its silver-black spires strikingly poignant against the gray backdrop of the skies.

“How long have we been walking?” I whisper to Mary and she shakes her head.

The pixie claps his hands jovially, bouncing up and down on his little hobbit feet. “We’ve made it in quite excellent time,” he squeals. “I thought you Uglies would slow us down.”

“Finally,” Mary grumbles to me. “He called you ugly, too.”

“Where is this?” I ask, ignoring her.

I’m about to tell him no, I can’t, when something strange happens. There’s a sharp tug in my chest and suddenly the horizon is flushed with colors—no, not colors, just one color—red. Everything is red, the clouds pulsing across the sky like blood, and suddenly I cannot breathe. Two hundred and fifty years of never having to take a breath, and suddenly it feels as though I might die. Again.

“What…happening…?” I gasp, or I try, but the words do not come. Red floods Mary’s cheeks, intertwines the stepping stones of the path we’re standing on, trails along the pixie’s wings. It’s everywhere.

The noise starts soon after that, a thick, heavy thumping that rattles my earlobes. I shove my hands against my ears but it does no good and it feels as if my head might split open at any moment.

“Can’t you tell?” the pixie asks again as a scream builds up in my throat.

“The King,” I hiss through my teeth, and Mary gives me on odd look.

She rolls her eyes, watching me annoyed. “Can feel what?”

I grit my teeth against the pain of the noise. “My heart.”

Thanks for reading 🙂 And thanks for being patient with me.

I have two more finals before I am officially finished with my FRESHMAN YEAR OF COLLEGE!!! Ah, so exciting. And then I’m packing up all of my crap (and, literally, you don’t know how much crap you have/how good of a hoarder you are until you have to have to put everything in a small dorm room into boxes) and I’m moving back to Michigan for good. Yep, I’m transferring to a college back home. 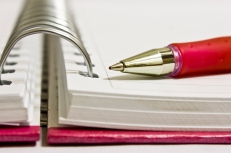 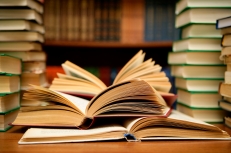 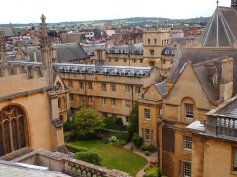