So, I definitely promised this post a while ago and it’s just now coming. Sorry about that.

If you remember a couple of posts ago, I listed the “morals” (a.k.a. my general observations) of some of the classic Disney movies that I watched growing up. Mainly, I talked about my biggest take-aways from the films; most of which, I’m sure, were not intended by the film’s writers and creators. But, hey, that’s not my problem.

Anyhoot, I thought I’d do another one of these little charmers but with Disney and Pixar, because we can’t leave these guys out if we’re talking about Disney. So, without further ado, here’s what I learned from the Disney and Pixar movies growing up.

Disney and Pixar Morals Summed Up

Sorry for the random (and vague) movie quote. I couldn’t help myself. 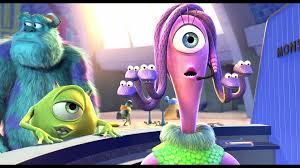 Great…so is that why I don’t have a boyfriend?

Yep, these were all of my take-aways from the films. I’m glad I learned so much practical information as a child. It definitely didn’t make my expectations of the world unrealistic at all. That was sarcasm, if you couldn’t tell by my extreme disappointment. Although, you can’t currently see my sobbing face, but if you could then you would definitely be able to tell.