So the other day when I found myself around some slightly tipsy folks, I thought: oh, what a better time for an interview? Right? And not just any interview, but an interview about Disney! Who tells the truth better than a drunk person? The following interview is one that I held (while sober–I fell like that is important to point out) with some slightly inebriated folks about what they learned from watching Disney movies growing up, and other things.

Disney by Drunk People: An Interview 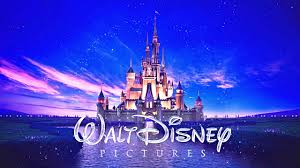 What is your favorite Disney movie?

Person 2: Mulan and the Seven Dwarfs

What did it teach you?

What did Disney (as a whole) teach you?

If you could describe Disney in one word, what would it be?

If someone didn’t know about Disney, how would you describe it?

P1: It makes all your dreams come true.

P3: If you’re a girl you should kill yourself.

If you were  a princess, who would you be and why?

P2: Mulan, because Asians are sexy.

P3: Ariel, because she’s a mermaid and the prettiest.

If you could tell one of the princesses something, what would it be?

P3: Mulan should try a little make-up. She looks the same as a boy and a girl.

Who is the best Prince and why?

P3: I don’t know any princesses…

If you could make a Disney movie, what would it be about?

P1: Lesbians and gay people in a love triangle foursome.

P3: A white person and a black person get married and have an Asian baby.

(Although, might I insert that person 3 stole this from the Rodgers and Hammerstein Cinderella where Whoopi Goldberg-the Queen-and Victor Garber–the King–have and Asian son. Was I the only one who grew up thinking that’s how it worked???)

What is the biggest moral lesson you have learned from Disney?

P3: To be a beautiful person. Because if you’re not pretty, you won’t get far in life.

The interview then ended abruptly after one of the interviewees–who must have mentally digressed from the line of questioning–stumped us with this question:

“How would you bang Ariel? Because…you know…she’s a mermaid…”

2 thoughts on “Life as a Disney Kid: Drunks Talk Disney”