I AM ALL POWERFUL! ~Rupee

So Rupee just put in her two weeks at her place of employment (let’s just say it’s a restaurant from “down under”–if that doesn’t give it to you, I don’t know what will). After she quit Friday and the word started spreading around, a much larger group of wait staff, bartenders, and hosts started contemplating putting in their own two weeks. SHE STARTED A RESTAURANT REVOLUTION!!! She’s very excited and proud of her current (flimsy and unsustainable (since she’s leaving in two weeks) power, and I applaud her new revolutionary figure status)!

On the flip side of happy thoughts, the Olympics are totally bumming me out. You see, I’m really not that good at anything. It’s not that I’m bad, I’m just kind of blah. You know, average. (It’s kind of where the title of my bl0g came from. You know, me and my creativity…) Anyway, it’s reminded me of my lack of skill and motivation to do anything. I wish I could skate, or cross-country ski, or snowboard, or do something totally awesome on a skill level that totally dominates the general public–well, except the cross-country skiing, because that looks painful–but I would graciously accept any other skill!

Unfortunately, it doesn’t look like that will be happening anytime in the near future, so instead I’ll just continue to share my useless stories and life problems with you 🙂 We can all be average together! Unless you have been, are in, or will possibly be in the Olympics in which case… 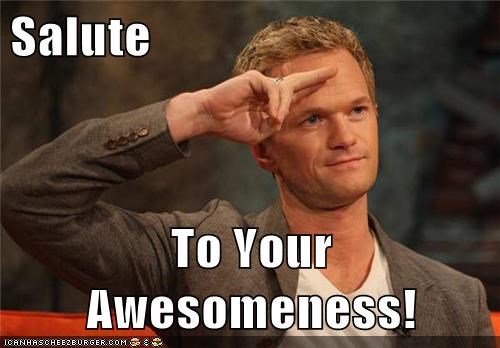