While this post in particular will be mostly Oxford, England-focused, I will cover some of the more general information here in the “intro” of the post. As far as my tips for finding things to do, day and night, in foreign cities, there is really no better tip: ask. I stayed in hostels in England, Scotland, France, and Ireland, and did the same thing all four places: asked the front desk what they suggested as far as things to see.

Here’s why: for the most part, everyone who I came across working in the hostels was roughly my age. They were also local to the area they worked in (or were spending time there from a nearby country–in Ireland our hostel desk-worker was English, but she had been in Dublin for the entire summer prior to our visit at the end of July). In my experience, they are more than willing to provide suggestions for places to see and things to do. If your budget is a small one (like mine was) they can also point you in the direction of things to do for free. For example, in Edinburgh, Scotland, our hostel desk-worker told us about a set of city tours that were put on–completely free–by a local company, and the tour turned out to be super fun and memorable. As far as discovering “night life” I think this is the best advice I can give you. Asking employees and/or other people staying at your hostel is a great way to find out what fun things are happening in the city. Because people are constantly in and out of hostels there will always be someone who has been there longer than you and can tell you where to go (and people you might be able to go with since they just arrived too!)

I have to say, I don’t have much experience in this category. There is something that happens around 6 P.M. in England that surprised all of us when we first arrived. And, frankly, continued to surprise me every day I was there.

Everything closed down. Everything. With the exception of a pub or two and Tesco, every shop and restaurant closed its doors–even fast-food places.

Also, side note: there are way too many KFC restaurants in England. I know why they all disappeared from America now– they went abroad. And who would pick Kentucky Fried Chicken? Why not Taco Bell? The whole thing just thoroughly confuses me, but that’s not the point.

Clubs do open up around 10 P.M. and these can be fun. Between the various groups that were studying at our college, there were three clubs that people tended to go to. One was newer  and gave our group free champagne because we were able to wrangle over 25 people to come in our party. This club was really fun because it was spacious and air-conditioned, and unlike most clubs in America, it didn’t feel like you were smashed against the person next to you. People also, in my experience, tended to be much more polite when dancing compared to the U.S.–more respectful of the “personal bubble.”

We were told about this club through a student at our college who knew the owner–again, another reason to ask the locals. People (locals) can also advise you as to which clubs/late night pubs you might not want to go to. For example, there was one club that was much less clean (though it apparently had cheap drinks–so up to you) and one that had a high population of foreigners but had higher prices because of it. Asking around and befriending the local students made a big difference and we had more fun because of it!

Keep an eye out for food trucks that start to come out between 8-9 P.M. They are definitely, 100% worth it! Oxford has some awesome street vendor food that you can’t find during the day. The trucks come to the same spots in town every night (or every couple of nights each week) and if you get to know some of the workers they might throw in extra fries for free 🙂

There is so much to do in Oxford that I can’t even list it all. I guarantee you will never have a boring day if you put your mind to it. There are several free museums/art galleries that you can go to that are absolutely fascinating; filled with artifacts that are older than my country. I love that kind of thing, so I really enjoyed spending my time exploring the historical parts of the city.You can also tour the various colleges of Oxford, though I do believe most of these cost money. I know my program paid for us to attend a couple tours of various colleges, and I had friends studying at a different college so I was able to tour that one for free, but I highly recommend at least going to one if you can. Although the colleges are all part of the University of Oxford they are all very different on the inside and their histories are unique. It’s also interesting to find out about the rival colleges. Think of it like this: the University of Michigan and Michigan State University only 50 feet apart from one another–chaos.

However, the history stuff is not for everyone, I know that. Maybe shopping then? There are many places to go shopping in Oxford–places you can purchase trinkets and souvenirs for people back home–as well as stores like Primark (awesome and commonly found throughout the UK), Gap, Argos (like a Target), various department stores and other clothing stores, secondhand stores, boutiques etc. If you need something you should be able to find it. Boots (UK) is a store that carries similar merchandise to Ulta (US). There were stores that I recognized, stores that I didn’t, and those that I had only heard of. All of them were fun to explore. There is also a farmers market that sets up every… I want to say it’s every Thursday just outside of the bus station. This is something cool to see too!

If you prefer the outdoors and your college (like mine) isn’t set up with big lawns for sports or activities–not that you’re really allowed to walk on the lawns anyway–Oxford has a beautiful park that is open to the public. There are often teams playing cricket or football (soccer) and I know places exist where you can rent sporting equipment if you so choose. Just walking around the park is also really enjoyable (and great if you’re a runner!) because it stretches out for acres. It’s a cool way to separate yourself from the city if you want some quiet, not that Oxford was noisy–at least not compared to where I live.

Attending high tea and various theater productions are also extremely fun. Shakespeare’s Globe in London has a travelling performance group that comes to Oxford regularly to perform different plays and they are phenomenal. I had the chance to see them perform King Lear at the Bodleian Library and I would gladly see them perform again. High tea is also an event that is fun, though expensive. It’s a social activity, usually attended families or friends in groups of three to four, but it can be more than that too. Our group had about 12 people who went, though I think this was abnormally large. Like I said, it’s also pricey, so it would be more economical to go with, say, four people and get two types of tea between you, then split the cost four ways. This isn’t to say that you cannot go by yourself, but I believe high tea is much more fun if you go with others. Keep in mind that you do need to dress nicely if you are planning to go to high tea!

I think I have condensed as much as I can here. I may think of something else to add later, but this is all that came to me right now. Feel free to ask me any questions you might have about things to do in Oxford! Obviously there is more to do than just what I listed here, but these are a few of the basics. And while these are Oxford-specific, I think that, in general, a lot of this may also apply to wherever you choose to study abroad: shopping, museums, parks, etc. Hopefully this can be of some help to at least one of you reading this! 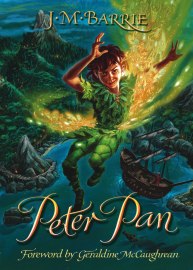 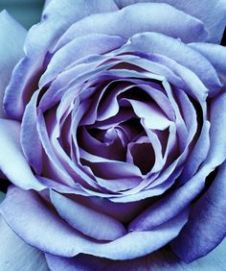